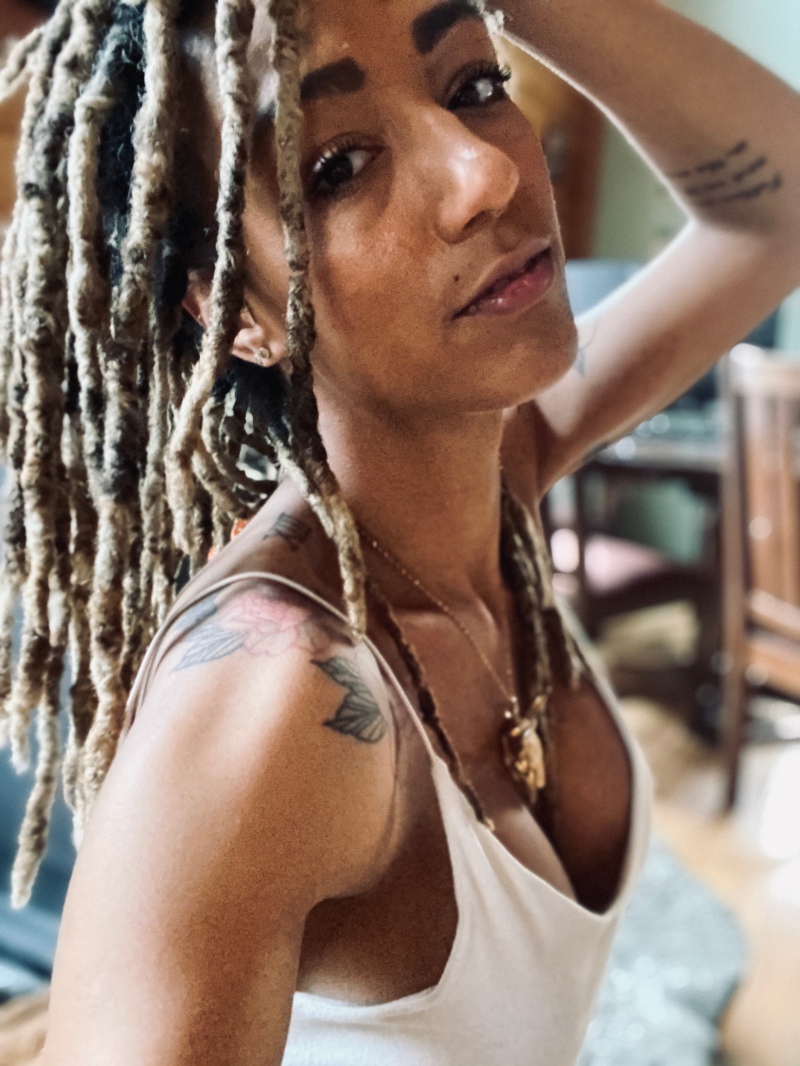 La LEURENTOP’s songwriting style and creative processes are mainly born out of constructive improvisation; a layering of melodies and emotions released, and allowed to grow freely in form to produce a conceptualized message, a story, and a feeling. She believes in the power of words and their ability to unify communities in an increasingly complex and global world. Her muse is human behavior. 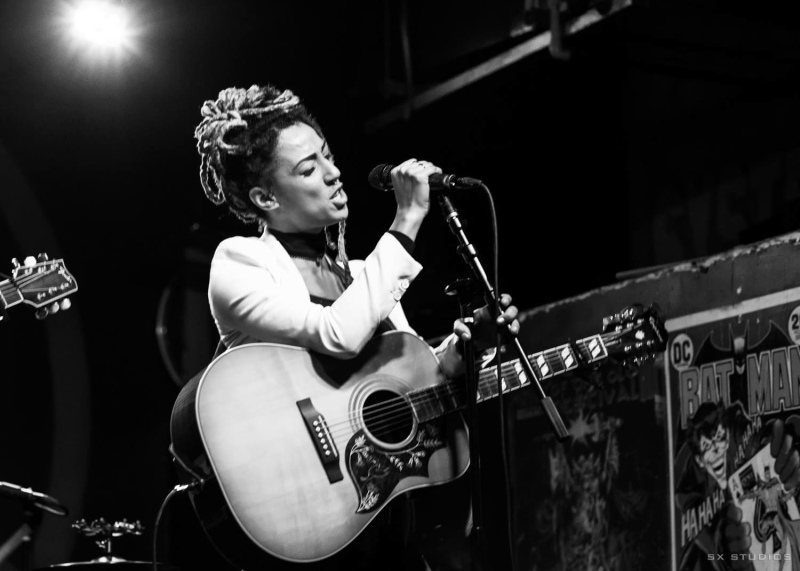 In late 80’s Belgium, Veronica owned and operated two Hair Salons (Graffiti I & II) and Rob’s career as a jazz junkie soared and his vinyl collection grew. They were jet-setters in the local creative circuit of Brussels, hosting private jazz concerts and raucous evenings at their home in the Brussels neighborhood of Schaerbeek while raising three children; La, her little brother Thomas and the eldest, Bryant.

Complicated family dynamics made it such that La’s parents separated and Veronica returned to the United States with La and her little brother in 1993. They moved around frequently and she attended over 15 different schools. Through the making and losing of friends, passions and hobbies; the ability to express herself through multiple creative mediums served as both therapy and escape.

In Baltimore, Maryland while attending her first English-speaking school La started learning to read and write in English, penning her first poems and very short stories. In Phoenix, Arizona she joined the school wind symphony and jazz band, learning alto-sax and clarinet. Having self-taught some basic drum patterns and piano chords, she used these instruments to start composing her first songs at the age of 11. In Torrance, California she performed regularly with the school choir and began formal dance training in Ballet, Jazz, Lyrical and Hip Hop. Securing a spot on the  the company show team, she competed and placed both regionally and nationally.

Summers, amongst other school holidays, were spent with her dad in Europe, back-stage at Jazz Middelheim, Blue Note Jazz Festival and North Sea. Surrounded by free-wheeling masters of sound Sam Rivers, Mark Turner, Andrew Hill & John Zorn; experiencing first class jazz was frequent. In between sets, La crept away to write poems and lyrics in her notebooks and document new songs on a hand held tape recorder; both the notebook and recorder gifted by her mother.

Throughout high-school, La continued to song-write, placing first in the Los Angeles regional Prose & Poetry competition. Although she served as the Lieutenant of the Advanced Dance Competition team, President of the Drama Club, and an honor thespian with recognition in both singing and dancing from California’s Spotlight Awards, La barely graduated. High School proved to be her most turbulent years during which she used more than just creativity to escape what she saw to be an unjust reality. 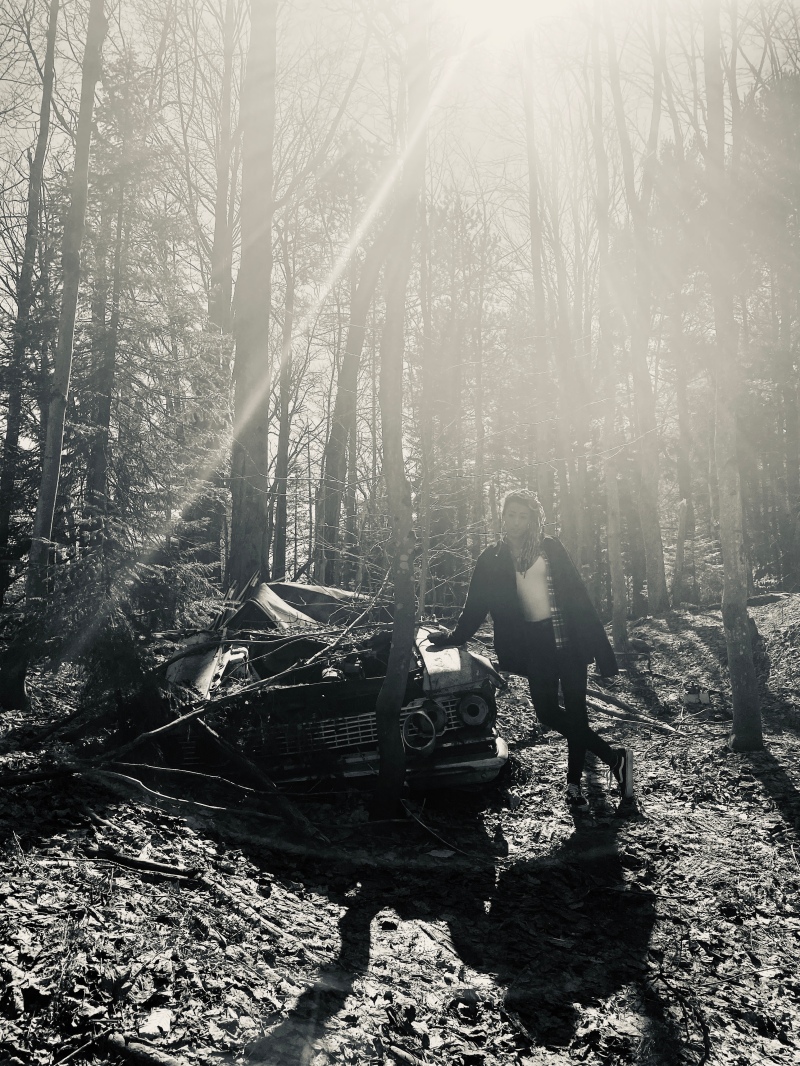 Growing up and experiencing first-hand poverty, racism and inequality she rejected modern-day politics, power and authority. Feeling trapped in a system that proved little to support her idealistic views and world-aspirations she dove into a dark-depression; a rebellious and dangerous ballad of reckless regard and recreational drug use that would consume her. With access to new gear, La spent countless hours, days and weeks on a compact mixing table layering vocal tracks on cassette tapes; and thus began her obsession with music production.

In 2004, she returned to Belgium in search of sobriety, self-discovery and cultural identity. Enrolled in a French Lycée, La intended to redo her last year of high-school in French but she actually spent that first winter hibernating with a new MacBook and her first acoustic guitar in a dimly lit maid’s room of a post war building on Rue de Dansaert. She recorded a series of mentally intimate songs that ultimately resulted in the 2020 low-fi release of ‘A Light in the Addict – EP’ (aka ALITA). The EP documented her struggles with addiction and depression.

Kicked out of her home in late 2005 La moved to Antwerp only to return to Brussels 6 months later. She started school at Brussels-based college Vesalius, where she majored in Communications. La’s capstone was on Music Censorship, a violation of human rights which is still widely practiced in the world today.

During this time La began performing in various places she made a living working in: cultural centers, art galleries, pubs, restaurants and bars around Brussels. She was a guest on The Complex Days  (Radio Panik 105.4FM) for an exclusive interview and acoustic live performance where she invited listeners to discover her selection of originals and influentials. She performed at Le Botanique for The Zulu Nation MC Battle, a women’s showcase,  in collaboration with local hip-hop artist Loquita.

In 2009, La moved to Madrid, Spain and toured the country learning Spanish and singing back-up for the Funk & Fusion band Niños Velcro. She went on to play keys and sing back up for the Electro-Pop group Lightning Teeth and shortly thereafter formed the acoustic-soul collective with fellow expats Tremaine Maurice, Caroline Clark and Daniel Oxenwalla known as Just Us.  They hosted secret jam sessions at Casa Infantas and opened for PJ Bond and Marc McCabe at La Leyenda in Madrid.

In 2012, La moved to NYC attempting to further establish the creative collective named Words Create Awareness which currently serves as her own publishing label. In 2014 she began gigging and busking with One For The Road, a female power-duo with Carter McElroy, aka Cyote. Together they played at BXL East, Lovecraft, The Well, Eastbound Throwdown, Sidewalk Cafe, Hanks Saloon, Lucky 13, The Delancey and later on at The Bitter End in 2018 when La was admitted to the prestigious New York Songwriter’s Circle showcase.

At the moment, La LEURENTOP continues to write, sing and produce music. She’s working on releasing an EP series known as ‘Homegrown’ which features music made in various locations she’s has called home. 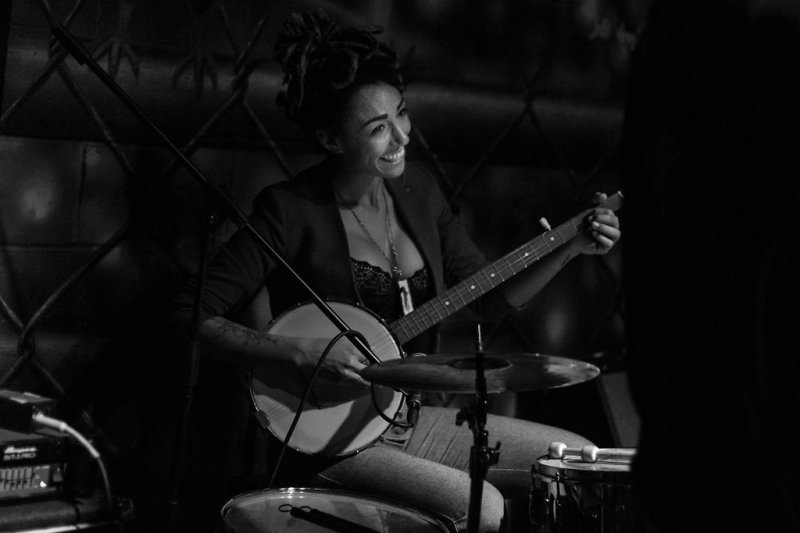